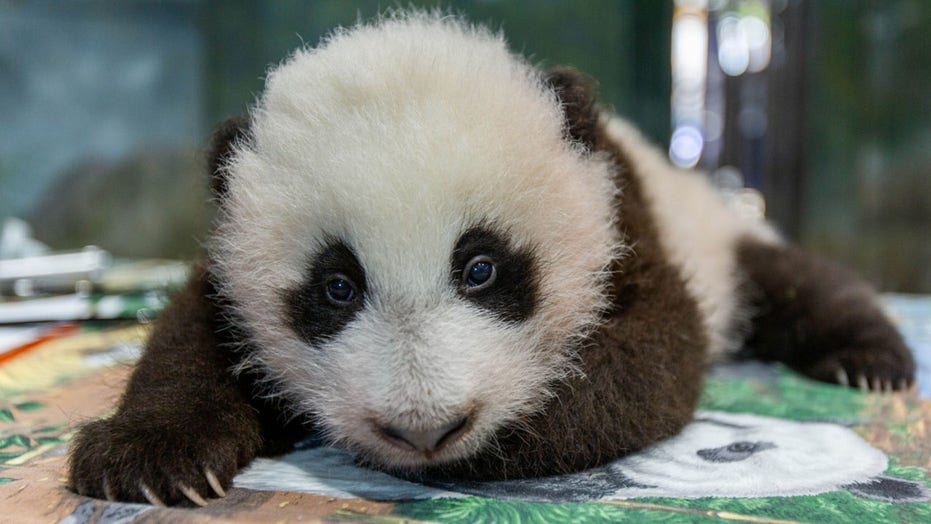 Panda Mei Xiang gave birth to the male cub at the Washington, D.C., zoo in August, and staff has shared regular updates on its Panda Cam over the past 12 weeks so patrons could watch the cub grow.

Between Nov. 16 and Nov. 20, voters chose from one of four Mandarin Chinese names on the zoo’s website.

The names were Fu Zai, translated as “prosperous boy”; Xiao Qi ji, or “little miracle”; Xing Fu, or “happy and prosperous”; and Zai Zai, a Mandarin Chinese nickname for a boy. Audio files with pronunciations for each name were on the site.

On Monday, officials revealed the name that garnered the most votes was Little Miracle - or "Xiao Qi ji."

“The birth of this cub, and watching him grow, has offered the world a much-needed moment of joy during the pandemic,” the zoo wrote on its webpage.

Giant pandas are considered “vulnerable” by the International Union for Conservation of Nature and Natural Resources. The World Wildlife Fund estimates there are only 1,800 pandas remaining in the wild.

Pandas have been notoriously difficult for zoos to breed in captivity. Mei Xiang was impregnated with artificial insemination.

This is the fourth time Mei Xiang has successfully given birth to a cub. Her three prior cubs, Tai Shan, Bao Bao and Bei Bei, were sent to China at age 4 per an agreement with the Chinese government, Fox News previously reported. The most recent, Bei Bei, left the zoo in November 2019.