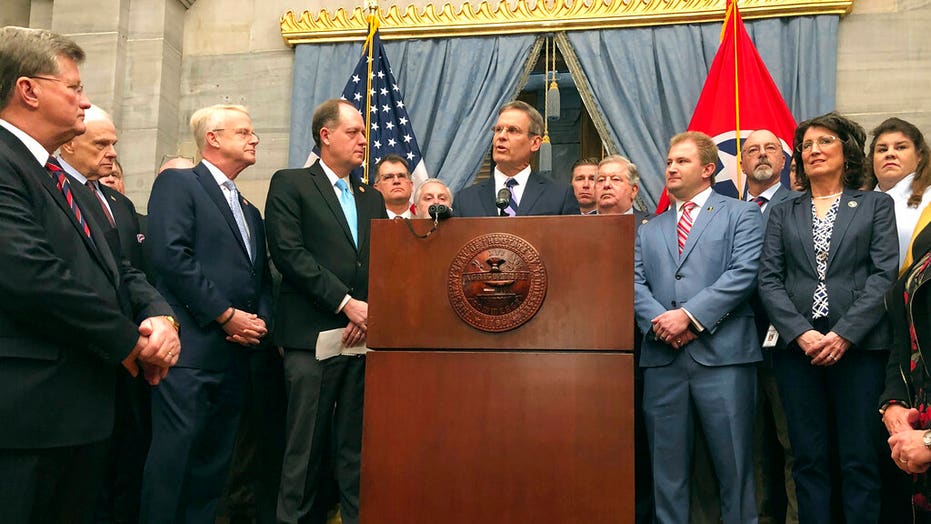 Gov. Bill Lee proposed an "enhanced" heartbeat bill that aims to block women from getting an abortion after a fetal heartbeat is detected, which usually occurs about six weeks into a pregnancy before many women know they’re pregnant.

The bill, which is still being drafted, likely will not include exceptions for rape and incest and will require the mother to be shown an ultrasound of the fetus before they are able to receive an abortion.

Lee also said physicians would not be able to perform an abortion if they are aware that the action is "motivated by sex, race or disability diagnosis of the child."

A similar piece of legislation tightening women's access to abortions was put forth last year in the state but struck down by the courts, and some lawmakers worried that Lee's new proposal could meet the same fate.

Republican state Senate Speaker Randy McNally remained optimistic that “the bill will survive," pointing to several provisions in this version that would expand the timeframe for prohibited abortions if the heartbeat stipulation, as it stands, did not pass.

"I believe it will have what’s called the ladder provision in it, that if the heartbeat gets struck down, then there would be a ban at eight weeks and then 10 weeks and on up,” McNally said.

Similar legislation has been enacted in other states, such as Mississippi and Georgia, but all have been blocked by legal challenges, reigniting a debate over Roe v. Wade, the 1973 Supreme Court decision that legalized abortion across the nation.

Supporters of the bills want to bring these types of lawsuits to an increasingly conservative U.S. Supreme Court in hopes of overturning the law.

"You can’t overturn Roe v. Wade without challenging the constitutionality of it," Sen. Mike Bell, a Riceville Republican, told reporters. "We know that this is going to be challenged. We know it’s pushing the envelope. It has to.”

Vandana Rambaran is a reporter covering news and politics at foxnews.com. She can be found on Twitter @vandanarambaran