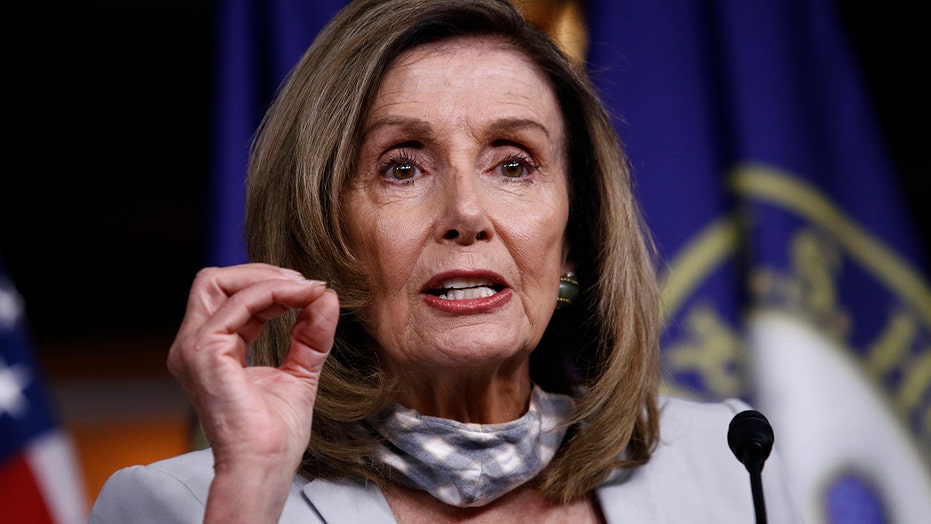 EXCLUSIVE: House Republicans on Wednesday claimed that leaders of the U.S. Postal Service have been doxxed and blamed the behavior on Democrats’ “fabricated attacks” on the agency amid the battle over mail-in ballots.

McCarthy, Scalise and Comer said that the “personal information of USPS leadership was recently posted online by malicious actors, allowing protestors to approach and harass them at their homes.”

“This behavior is directly motivated by the fabricated attacks on the USPS that you have spearheaded and is now unnecessarily endangering the safety of hard working public servants,” they wrote.

“Recently, congressional Democrats, in a broadly coordinated effort organized under your leadership, have sought to spread baseless conspiracy theories about the USPS for political gain,” they continued. 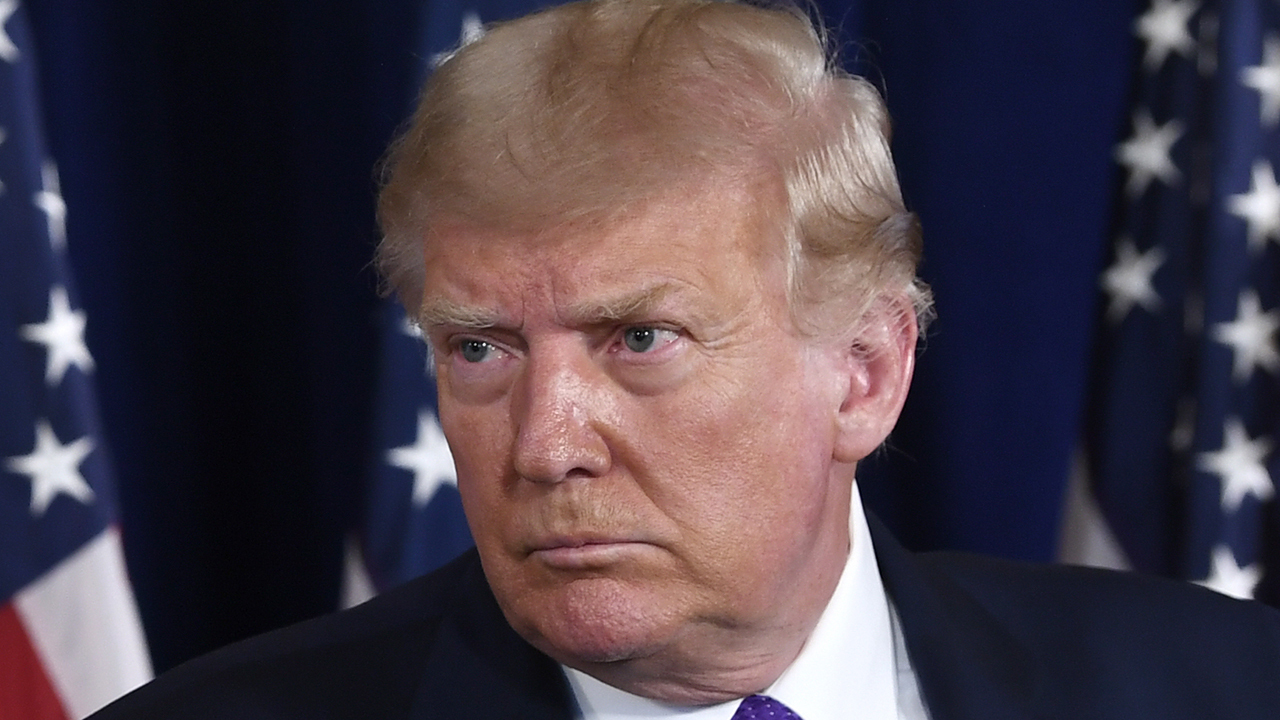 McCarthy, Scalise and Comer went on to detail some of the “unfounded theories” that they claimed Democrats are pushing, including USPS “removing mail boxes to prevent citizens from voting by mail, that the USPS does not have adequate funding and will be insolvent before the November election, and that the USPS lacks the infrastructure to deliver mail-in ballots to and from voters.”

“As you know, none of these claims has any basis in fact,” they wrote. “Once again, Democrats have manufactured a crisis to undermine President Trump at the expense of America’s institutions.”

McCarthy, Scalise and Comer went on to blast Democrats for “irresponsibly” denouncing costs of the USPS as “an effort to sabotage the election.” They added that the USPS is “well equipped to handle the volume of mail required by an expected increase in mail-in voting.”

“Irresponsible tactics used by Democrats that vilify the efforts of senior USPS leadership have regrettably led to malicious actors publishing the personal information of the entire Postal Board and the Postmaster General over the weekend,” they wrote, noting it puts them “in danger from those who believe the baseless conspiracy theories promoted by Democratic leaders in Congress.”

“It also hampers the USPS leadership’s ability to conduct business at a time when general election ballots are scheduled to be mailed in a matter of weeks,” they warned.

“The right to vote is foundational to our Republic, and all votes must be fairly counted.  Americans should have confidence that each vote counts, regardless of whether they vote in person or by mail in the 2020 election,” they wrote. “Your completely unfounded and baseless attacks on the USPS not only undermine the confidence and integrity of our election system, but also puts the safety of USPS public servants at risk.”

They added: “You must stop promoting misinformation campaigns immediately to prevent further serious damage to the reputation and physical security of the USPS employees and the integrity of the 2020 election.”

The letter to Pelosi and Maloney come amid a battle between Republicans and Democrats over mail-in ballots for the 2020 presidential election.

Trump and the Republican Party have been warning for months about possible fraud connected to mail-in voting -- despite the fact that election experts have said such claims are baseless. The RNC and the Trump campaign have filed lawsuits to hit back against efforts by Democrats to make it easier for people to vote during the pandemic. Democrats have said that cases of actual voter fraud extremely rare and that Republicans are trying to suppress voter turnout to improve their chances of winning elections.

The letter also comes as Postmaster General Louis DeJoy is expected to testify before the Senate Homeland Security and Governmental Affairs Committee on Friday, and on Monday, Aug. 24 before the House Oversight Committee.

Congressional Democrats over the weekend demanded DeJoy and the chairman of the U.S. Postal Service Board of Governors Robert Duncan testify over recent “sweeping and dangerous operational changes” at the agency that they claim are “slowing” the mail and “jeopardizing the integrity of the 2020 election.

On Tuesday, though, DeJoy announced that planned U.S. Postal Service operational changes sparking fears of delayed mail deliveries will be postponed until after the election.

"To avoid even the appearance of any impact on election mail, I am suspending these initiatives until after the election is concluded," DeJoy said in a statement.

He continued: "Retail hours at post offices will not change. Mail processing equipment and blue collection boxes will remain where they are. No mail processing facilities will be closed. And we reassert that overtime has, and will continue to be, approved as needed."

DeJoy also said in the statement that USPS would expand its task force on election mail that works with state and local election officials.

Meanwhile, Democrats have asked for $25 billion, including $3.5 billion in election resources, to fortify the Postal Service in time for the election to be included in the fourth coronavirus stimulus package. Trump has said the Postal Service money won’t be coming through unless Democrats come to the negotiating table on coronavirus relief and give concessions to Republicans.

“Sure, if they give us what we want,” the president said of the post office money during a press conference last week. “And it's not what I want, it's what the American people want.”

Trump claimed last week that mail-in voting would not be possible without the funding.

"It's their fault," Trump told FOX Business’ “Mornings with Maria.” "They want $3.5 billion for something that's fraudulent ... for the mail-in votes, universal mail-in ballots. They want $25 billion for the post office. They need that money so it can work and they can take these millions and millions of ballots.”

"But if they don't get those two items, then they can't have mail-in ballots," he said.

The president went on to slam voting by mail. He cited states like Virginia, where he said more than “500,000 phony ballot applications were sent to voters,” and in New York, where mail-in voting caused a weeks-long delay in announcing results for some races in the state's primary.

But former Vice President Joe Biden's campaign said casting ballots by mail is the “most secure form of voting" amid the novel coronavirus.

Meanwhile, National Institute of Allergy and Infectious Diseases Dr. Anthony Fauci said there is “no reason” Americans can’t vote in person for the 2020 presidential election, so long as voters follow proper social distancing guidelines amid the coronavirus pandemic.

“I think if carefully done, according to the guidelines, there’s no reason that I can see why that cannot be the case,” Fauci told ABC News this week. “If you go and wear a mask, if you observe the physical distancing, and don’t have a crowded situation, there’s no reason why [people] shouldn’t be able to do that.”

Fauci added that individuals who are “compromised physically or otherwise” and who are not interested in physically going to the polls on Election Day, can use mail-in voting.

But Fauci doubled down, saying “there’s no reason why we shouldn’t be able to vote in person or otherwise.”