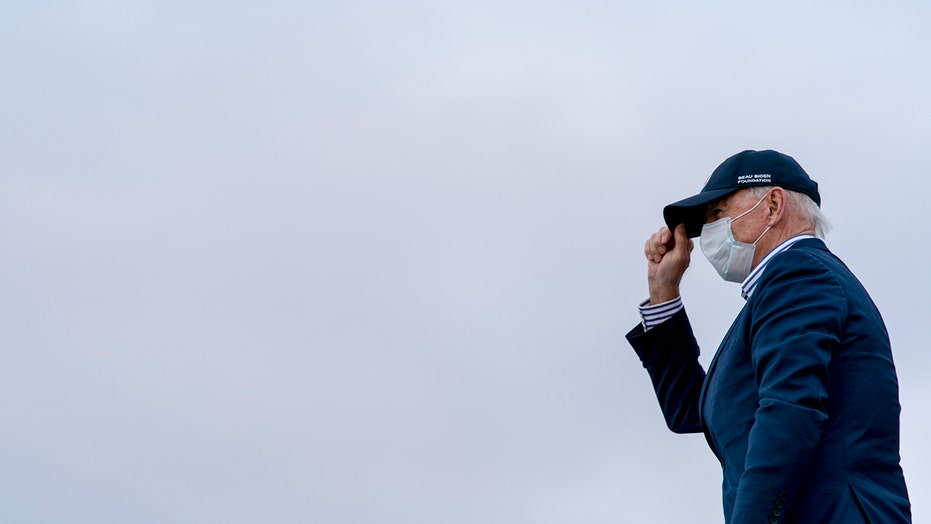 Texas congressional candidate Wesley Hunt and Trump energy adviser Harold Hamm weigh in on the impact Biden policies would have on the U.S.

Biden said during the last presidential debate on Oct. 22 that he would "transition from the oil industry" when President Trump asked him to clarify his stance on energy and, in particular, fracking.

"The oil industry is not going to go away, and the oil industry itself, if you notice what it's doing, it's branching out beyond oil," the former vice president said during an interview with NBC Dallas-Fort Worth. "In fact, we're going to maintain and create millions more jobs -- labor unions. The labor unions down there have endorsed my plan because it's going to build and create good-paying jobs and move toward an economy where we have multiple opportunities to deal with energy."

He added that his administration would add "carbon capture and sequestration" but would maintain combustion engines and oil.

During an interview with CBS Pittsburgh, Biden said he doesn't think the government "should continue to give big oil a tax break that runs" between "$25 billion to $40 billion a year."

"I will not ban fracking," he added. "I will make sure fracking is being done as safely as possible, limiting methane emissions and protecting water supplies."

"He will eradicate your energy and send Pennsylvania into a crippling depression," Trump said of Biden's energy plan, which aims to end federal subsidies for oil companies and ban fossil fuel permits on federal lands, at a Sunday rally in Allentown, Pa.

Biden said on Saturday that he supports a fracking ban on federal lands and waters, which account for 13% of the nation’s natural gas production. The comments came as he attempted to clarify remarks made at last week’s debate that supported transitioning the U.S. away from oil.

Fracking is the process of injecting water into shale rock at high pressure to extract natural gas. Proponents say the process has been instrumental in America securing its energy security and has resulted in a sharp drop in carbon dioxide emissions over the past decade. Critics, however, argue that fracking pollutes the environment and contributes to greenhouse gases that lead to global warming.

“I will not ban fracking, I said no fracking on federal land,” Biden told NBC affiliate WBRE in Wilkes-Barre, Pa. He made similar comments to two other local networks.