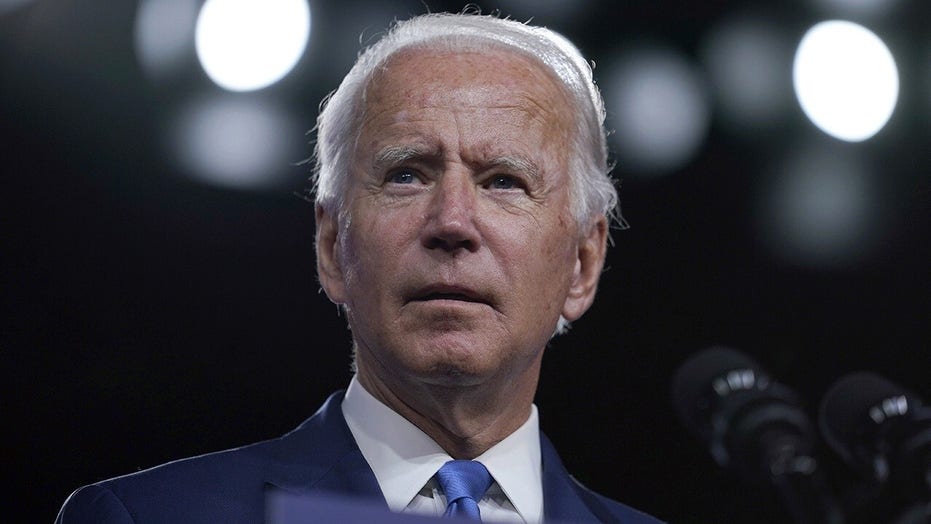 Here is proof positive that President Donald J. Trump and his supporters are not responsible for the looting, arson, riots, and other violence renting this nation in twain: Two weeks ago, the Donkeys had four nights to pin the blame on the Elephants. But they didn’t.

Democrats would have soared at their convention if they convincingly had laid America’s smoldering ashes, smashed windows, and shattered dreams at Republicans’ feet. Instead, Democrats said N-O-T-H-I-N-G about the worst civil unrest in 52 years.

“Mayhem? What mayhem?” said the silence of the Zoom-based Democrats.

But polls suddenly found voters dissatisfied with Democrats’ strategic cluelessness. So, on Monday, Democratic presidential nominee Joe Biden surfaced from his bunker, jetted to a vacant Pittsburgh warehouse, and announced that the last three months of hate-fueled turmoil were caused by…Trump!

"He doesn’t want to shed light. He wants to generate heat, and he’s stroking [sic] violence in our cities,” Biden claimed. “He’s got no problem with Right-wing militia [sic], and white supremacists,” Biden added.

So, I guess it must be white supremacists who have been shouting, “Black lives matter!” and decrying “white privilege” in all four time zones. Who knew?

And what of these Right-wing militias, or “militia” as Biden calls them?

Evidently, Americas’ coast-to-coast carnage is the handiwork of conservatives including those defenders of Western civilization who burned a public library in Kenosha, Wisconsin. Patriots, of course, toppled a statue of Francis Scott Key, who penned “The Star-Spangled Banner.” Portland’s Mark Hatfield U.S. Courthouse repeatedly has been set alight. It must be the local Federalist Society. Burned flags? The American Legion’s at it again! Torched churches? Obviously, Focus on the Family. And Republicans — who else? — trashed the Lincoln Memorial, honoring the first GOP president.

And Trump himself must have sent angry College Republicans to dragoon Senator and Mrs. Rand Paul, R-Ky., as they exited the president’s August 27 nomination-acceptance speech.

“I really felt that we were going to lose our lives,” Kelley Paul told Fox News' Tucker Carlson. “It was the most terrifying moment of my entire life.” Brave law-enforcement officers shielded the Pauls from those vicious CRs.

President Trump faces this unfair dynamic: If he inserts law-enforcement personnel without local permission, then he is a fascist dictator. When Democrats such as Walz and Evers accept his aid, Trump gets no credit when things cool down.

And who else but the Log Cabin Republicans, the GOP’s official gay wing, would have targeted Brandon Straka, a gay man? As Straka (who founded the ex-Democrat #WalkAway Campaign), conservative activist Mike Harlow (another gay man), and Libby Albert (Straka’s executive director) walked away from the White House, they were accosted by people in Black Lives Matter T-shirts. (No doubt, must have been a clever disguise by the Log Cabinites).

“You’re a f*****t,” a female, BLM-shirt-wearing thug screamed at Harlow, seemingly spitting on him. And taunted him with references to sodomy.

Another woman in BLM attire then smacked Albert as she captured this hate crime on her cell phone.

Straka called this the first homophobic attack he had endured “in probably 10 years.”

In Biden’s warped view, nothing says leadership like the president ordering Right-wing ambushes against his own conservative backers. What will Trump think of next?

All satire aside, President Trump has preached calm, law, and order, while Biden’s Leftist brethren have pillaged since George Floyd’s May 25 police-driven killing.

President Trump faces this unfair dynamic: If he inserts law-enforcement personnel without local permission, then he is a fascist dictator. When Democrats such as Walz and Evers accept his aid, Trump gets no credit when things cool down. And when Democrat mayors and governors rebuff his assistance, then the left faults Trump for the ceaseless pandemonium “on his watch.”

Meanwhile, the Democratic left is “stroking” these fires, to quote Biden's gaffe du jour. Yes, indeed they are stoking these flames.

Biden’s Pittsburgh speech this week was a classic of psychological projection: He was like a man in a casino who rips the recklessness of those at the $5 blackjack table and then spins away his rent money at a nearby roulette wheel.

Deroy Murdock is a Manhattan-based Fox News Contributor, a contributing editor with National Review Online, and a senior fellow with the London Center for Policy Research.