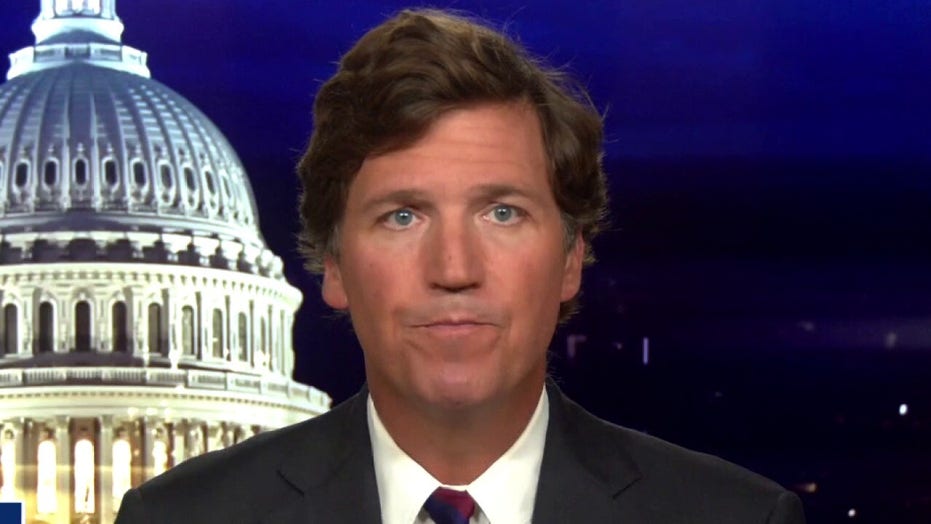 After two months of rioting and political chaos, there are still people who claim it all about the death of George Floyd. They're wrong.

After two months of rioting and political chaos, there are still people out there who claim this is all about the death of George Floyd.

Believe it or not, there are. Some of the people who say that may actually believe it and we're giving them the benefit of the doubt. The liberal mom who lives next door to you, for example. She is probably entirely sincere when she lectures you about the scourge of police brutality, she means it. She has no idea BLM is about anything else.

We're not judging, and that's not surprising. Most Americans are nice people. They're literal and ingenuous. They tend to take claims at face value because they want to believe the best.

VICTOR DAVIS HANSON: TRUMP IS 'PROTECTOR' OF TRADITIONS THAT DEMS WANT TO DISRUPT

But in this case, they are wrong. None of what you are watching is about civil rights. Violence and race-baiting are the enemies of civil rights.

What you're watching instead is a power grab. It's being coordinated by the most ruthless and cynical figures in American politics. They don't want you to know what they're doing. They're not honorable enough to state their intentions. They're not like you at all.

When normal people want something, they can be aggressive. But the professional left never is. It's invariably passive-aggressive. Their first instinct is to manipulate rather than persuade, they hide their real beliefs. They say precisely the opposite of what they mean every time.

They accuse you of the crimes they themselves are committing. It makes your head spin. Arguing with them is pointless, by the way, they're nihilists.

They don't believe in the existence of truth or in the fixed meaning of words.

They care only about power. It's painful to say this. It hurts to admit there are people in our country who are like this, but there are, and they have more power than ever.

If you need more evidence of that, Barack Obama showed up at Congressman John Lewis' funeral today. Obama claimed he was there to eulogize his own friend, but that's not true, and that's not what he did. Instead, Obama gave a divisive and deeply dishonest campaign speech in church.

Here's part of what he said.

BARACK OBAMA: By ending some of the partisan gerrymandering so that all voters have the power to choose their politicians, not the other way around.

And if all this takes eliminating the filibuster, another Jim Crow relic, in order to secure the God-given rights of every American, then that's what we should do.

CARLSON: It's hard to believe that clip is real, but it is, down to the cloying fake accent, Mr. Hawaii guy. But take three steps back, imagine if some greasy politician showed up at your loved one's funeral and started throwing around stupid partisan talking points about Senate procedure, can you imagine that? You'd be shocked if that happened. You'd probably walk out.

Desecrating a funeral with campaign slogans? What kind of person would do that? But Democrats in the audience didn't seem offended. They didn't blink, they cheered. It all seemed normal to them, and why wouldn't it?

Political power is their religion. It's not out of place in a church. It's what they worship.

People who will politicize a funeral will do anything, and they're trying to. Democrats are working systematically to dismantle the core institutions of American life, beginning with the family and with faith.

They're subverting the core system in our government, the justice system.

They're nullifying laws, burning police stations, attacking courthouses, working to eliminate the legal equality of American citizens, the foundation of it all.

Their leaders have called for making all of these changes permanent by packing the Supreme Court, packing the United States Senate, packing the electorate itself by importing tens of millions of new voters. Why are they doing all of this? They'll tell you, it's to make the country better and more just, but the country isn't improving and it's not fairer.

They're doing this for one reason: to ensure they have complete control of the United States. We're watching it happen right now, though almost no one ever admits it and those who do come close to getting shut down. We can tell you stories.

So how should the rest of us respond to what we're seeing? And let's be clear, by the rest of us we're not just talking about conservatives or people who watch the show. We're talking about literally, everybody else -- moderates, the politically non-aligned, traditional liberals who still care about civil liberties -- there are some of those -- sincere religious people of all faiths, immigrants from abroad who came to this country because of our Bill of Rights, only to watch it evaporate once they got here.

In other words, everyone who fundamentally loves this country, which is still most Americans. What are people like that do in the face of this?

This revolution? Well, it's simple. Defend the system that we have. That's our job.

The American system is flawed. No one doubts that, but it works better than any other system in history and tearing it down will not help. In fact, it will benefit only a few of the ones pushing for it, and it will crush millions.

So if you care about the United States, fight for its institutions. They have served us well. This country has survived almost 250 years through a Civil War. Let's keep going.

The president this morning vented his frustrations on Twitter about potential voter fraud in the upcoming election. He wrote this quote, "With universal mail-in voting, not absentee voting, which is good, 2020 will be the most inaccurate and fraudulent election in history. It will be a great embarrassment to the United States."

We don't know if that's true. We hope it's not, it could be, though. That's what the president wrote. And then he ended this way, quote, "Delay the election until people can properly, securely and safely vote." End quote.

Delay the election, and that was the headline across cable news today and we should be clear that will not happen. The election will almost certainly take place in November.

But at this point, it's probably unwise to suggest changing the election.

Voter fraud or not. Too much is in flux already. That's not accidental.

It's by design. A bewildered population, dealing with change from every possible direction cannot fight back. That's why they're doing it.

So our job is to defend what we already have as a nation and to promote the continuation of it. Keeping things the same has never been more important than it is right now.

Tucker Carlson currently serves as the host of FOX News Channel’s (FNC) Tucker Carlson Tonight (weekdays 8PM/ET). He joined the network in 2009 as a contributor.