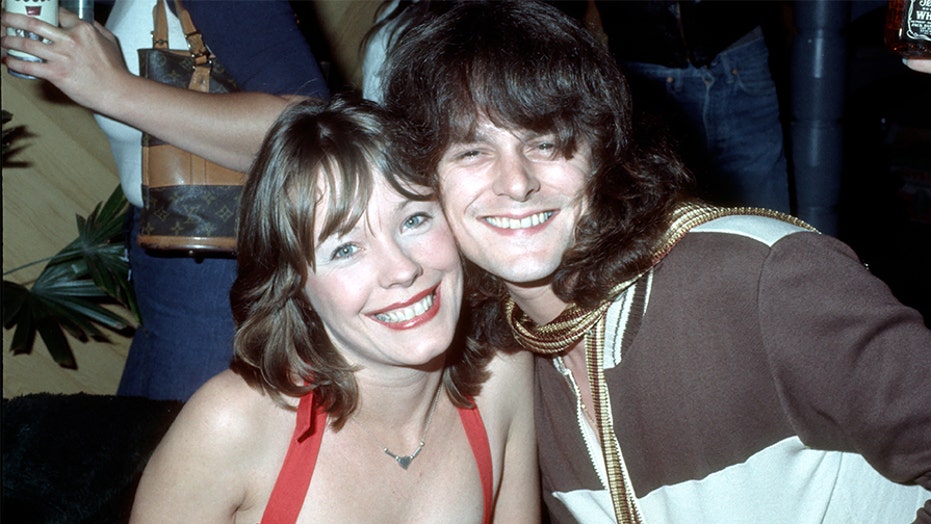 EXCLUSIVE: Michael Des Barres has done it all. But these days, he’s telling all.

The 72-year-old is the subject of a new documentary titled “Michael Des Barres: Who Do You Want Me to Be?” that chronicles his rise to stardom in both rock ’n’ roll and television. The film features interviews with “eyewitnesses,” including Steve Jones of the Sex Pistols, Don Johnson, Duran Duran’s John Taylor and Steven Van Zandt -- just to name a few.

The star is the son of a showgirl and an aristocrat who discovered his passion for rock ’n’ roll while attending boarding school in England as a marquis. He went on to make his mark as a singer over the course of five decades, as well as an actor in over a hundred TV and movie appearances. Des Barres found love with groupie queen “Miss Pamela” and the two tied the knot in 1977. The two amicably divorced in 1991 and share a son.

Des Barres spoke to Fox News about why he’s sharing his story now, how he feels about Pamela Des Barres’ own tell-all, what was it like playing a master assassin in “MacGyver,” and well as how he overcame his battle with addiction.

Fox News: What compelled you to tell your story in "Who Do You Want Me to Be” now?
Michael Des Barres: I lived the life, so I know what the life was. You hear a lot of people exaggerate their lines in these documentaries and usually, the trajectory is a sad one of drugs. [These artists] quit or they die. Mine is the opposite. I was reborn every couple of years.

Josh Weinstein, who directed it, did an amazing job. I didn't see a frame of the movie until it was done. So I wasn't in there going, “Now look, shoot me this way and don't let him say that.” I was never there for any of the interviews with Don Johnson or Steve Jones from the Sex Pistols or Gabriel Byrne. … [The filmmakers] did an amazing job.

Fox News: Your ex-wife Pamela Des Barres made an appearance in the film. Looking back, what went through your mind when you saw her for the very first time?
Des Barres:  She was the star of a movie in New York. It was a Warhol movie. And Keith Moon was meant to be what I ended up being, which was the token rock star. I walked in there. I'd been up for three days and nights. I had a severe coke habit. It was like a vacation. … There she is. It was her back. And she was dressed in a very tiny outfit. And then she just turned around and I fell in love with that face.

But it was really that energy that came up in this beautiful passionate person who just loved what she was doing and how she was living. Her life was so filled with joy. … When Gloria Steinem was giving an intellectual lecture, Pamela was out having fun and being herself. … I really admired that. I loved her reputation. I thought it was fantastic. You know, I was sleeping with Jim Morrison by proxy. It was wonderful. It was rock ’n' roll. I’ve lived for rock ’n' roll for centuries now, you know, so it was an immediate feeling of love.

PAMELA DES BARRES ON BEING THE WORLD'S MOST FAMOUS GROUPIE: 'I HAD TO FIGHT FOR MYSELF'

Fox News: How did you feel about her stories in the book “I’m With the Band”?
Des Barres: I think they’re actually jewels in her crown, to spend time with all of those extraordinary artists. … I think she gave as good as she got. When Led Zeppelin played, I think, at the Garden New York, she was sitting in the wings.

Four of them went on and each guy took [their] turquoise bracelets -- all the rockers had those bracelets at the time -- all four members put the four bracelets on her wrist. That is rock ’n’ roll history. Miss Pamela was very much part of rock ’n’ roll [history]. I think they call it a muse, don’t they? And what’s exactly what she was and remains.

Fox News: You must have many, but what’s your favorite memory from “MacGyver”?
Des Barres: My favorite memory was making the crew laugh. I was paying an assassin who was very familiar with disguises and different accents. And the first episode I did, I was in drag. And I remember getting out of my trailer in full drag stockings and a nurse’s outfit, I think it was.

Then, I heard this shout, “Hey, Michael, you shaved your legs?” And I said, “Of course I did. I'm a method actor! You know, that's not all I've done, you know?" “Well, what do you mean?” And I think that was the moment that broke the ice. When you're in drag and you're outside and you've got these burly guys fixing the lights and carrying big things on their backs -- and I'd come out mincing along in high heels. Not that I haven't done that in the past as well, you know.

To get them on my side... it was a fun moment. I remember it distinctly. The rest of it is just a blur of good vibes. I had an incredible [time]. That was five years of my life I did playing that guy. It was really a joyous experience to play somebody so evil.

Fox News: You were initially interested in acting. How did that lead to rock ’n’ roll?
Des Barres: I was in boarding school in England from the age of 8 to 16. I didn't have parents. I never went home during the vacation period, whereas the other boys did. It was an all-boys school. So I would stay in this Gothic castle dwelling. I would go to the library and read.

I came across all these old blues records. I became fixated by it. And I was so fascinated by America. At the time, there was this whole notion of America, this young, wild country. I got these jobs as an actor simply because, in the ‘60s, I had the look. I did this musical and Andrew Lloyd Webber saw me. Here I was playing a rock star. And he tells me, “You should be in a band.” It was he who connected me with a label. I’ve done a lot of work as an actor. I’ve done Shakespeare. But it wasn’t as exciting as rock ’n’ roll and the bands I saw in the clubs in London.

Michael Des Barres made his mark in both rock 'n' roll and Hollywood. (Photo by Walt Disney Television via Getty Images)

You have to remember, this was the beginning of rock ’n’ roll for us. The Brit boys and girls were learning from the blues. And of course, I fell in love with the idea of plugging in an electric guitar and singing into a microphone. … My mind was just completely blown. I was ready for it.

RICHIE SAMBORA HAS 'NO REGRETS' LEAVING BON JOVI TO FOCUS ON FATHERHOOD: REPORT

Fox News: Your song “Obsession” was re-recorded by Animotion. Did it ever frustrate you that they were getting success with your song? Or were you perfectly content with the royalties?
Des Barres: You know, I feel blessed that everything has happened to me, even the tough stuff. And to write a song that was number one all over the world? It’s not something to be frustrated [about]. It’s something to be enjoyed. It’s provided me, shall we say, with a life that is really nice. And I thought they did a great job.

It's not the way I would have done it. I did it with Holly Knight. … It was always a sexy melancholy kind of song the way we did it. But … it was No. 1 in 27 countries and that was a really good feeling. It was also at a time when I was doing Live Aid. This was 1985. I got that job of replacing the great Robert Palmer in Power Station. And then I got Murdoc in “MacGyver.” So that one year was an extraordinary year. So there’s nothing to be frustrated about it. I think frustration is a complete waste of time.

Fox News: The song is still loved by people today.
Des Barres: They do love it -- it’s amazing. And the movie, “Who Do You Want Me to Be,” was the chorus. That’s what my life was about -- trying to please people. You know, somebody love me. I’ll be whatever you want me to be. And then I found out who I was and I was pleased with the results.

Fox News: In the documentary, you described your sobriety. When did you realize you had to get clean?
Des Barres: The moment came as it should -- at the right time. And the right time was the realization that I was owned by drugs. I had become a slave of cocaine and heroin. I lived for it. I would play a gig to thousands of people and all I would think about was getting back to the dressing room and getting high. … You’re meant to be out there entertaining people. But you’re f-----g ripping these people off. You’re not even concentrating on the very gift that you’ve been given -- to be able to sing and play guitar. You are stealing their money.

EDDIE VAN HALEN’S BROTHER ALEX PAYS TRIBUTE TO LATE ROCKER: ‘SEE YOU ON THE OTHER SIDE’

And then I had this vision. I looked in the mirror and I looked awful. I felt like a thief. I felt like I was just absolutely using people in order to get the money to then go and get loaded and talk about myself… I went to an AA meeting. That was 39 years ago. And I haven’t had a drug or drink since. I’m very lucky.

The thing with drugs is you go searching for something, but you never find it. You will have extraordinary experiences with drugs, but you will never truly find that answer you’re searching for. The only reason you are loved is that you love yourself. And how can you love a self that is addicted to drugs? That clarity came and the clarity became a drug. Being yourself, loving yourself - that’s essential, especially now.

And then over the years, the one band that shocked me was The Killers at Coachella. I just thought they were incredible. I could not believe how good The Killers were. Now, maybe they were having a great night. But here’s my thing about the great night: I do believe that any rock ’n’ roll band on any given night in a dingy little bar with 80 people in it can still be the best rock ’n’ roll band in the world.

Pamela Des Barres and Michael Des Barres tied the knot in 1977. The two amicably divorced in 1991 and share a son. They are pictured here in 2016. (Photo by Barry King/Getty Images)

“Michael Des Barres: Who Do You Want Me to Be?” is currently streaming on Amazon Prime.