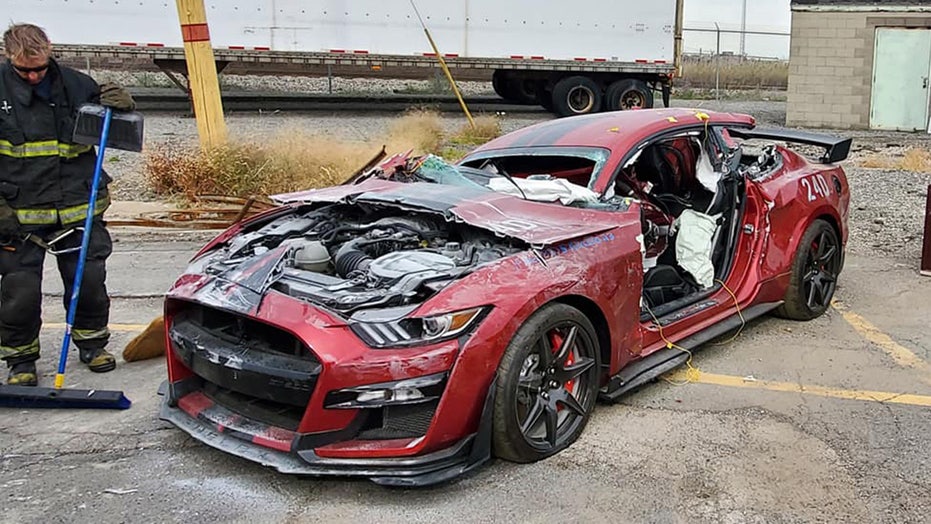 The 2020 Ford Mustang Shelby GT500 is no one-trick pony. The most powerful Ford ever is as happy on a twisty track as it is on a drag strip, Fox News Automotive Editor Gary Gastelu says.

Firefighters in Dearborn, Mich, destroyed a $90,000 Ford Mustang Shelby GT500 last week, but they had a good reason.

The department, which is located in the same town as Ford's headquarters, was using the pre-production muscle car donated by the automaker to hone the vehicle extraction skills needed to rescue victims from wrecked vehicles.

They said it “almost broke our hearts” to rip apart the red coupe, which ended up with its roof pillars sawed through, hood torn open and its driver’s door pulled off.

During early stages of launching a new model, automakers manufacture several vehicles that aren't certified for sale and often end up being used for educational purposes rather than going straight to the crusher.